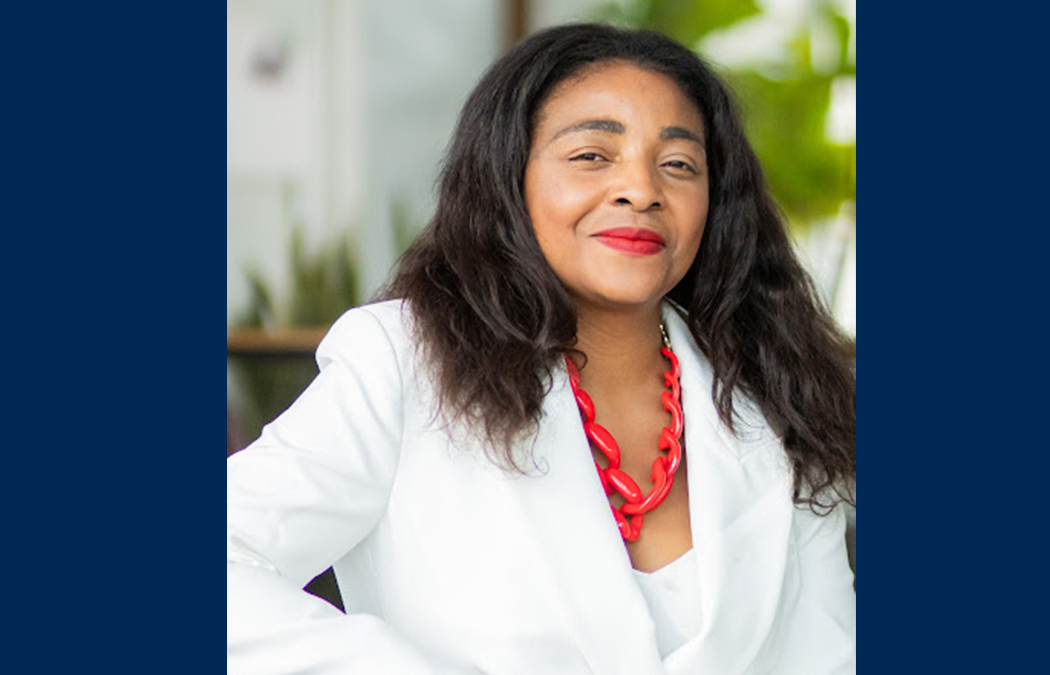 As the founder of Phumulani Minnesota African Women Against Violence, Comfort Dondo helps women experiencing homelessness and abuse. And she knows what they need because she has been there herself. Dondo, a student in Saint Mary’s Doctor of Education in Leadership program, started Phumulani in 2017, when she was at a self-described rock bottom.

“I was the typical BIPOC woman, facing barriers that most people from marginalized communities were facing. I was fleeing domestic abuse. I couldn’t find housing and was couch hopping,” Dondo says. “I was educated, but the barriers didn’t care about my education level. So as the leader I know that I am, I found a solution. That solution was to identify others who were going through what I was going through and help.”

Phumulani is a nonprofit that seeks to prevent domestic abuse and sexual violence against women of color in Minnesota and across the U.S. She created it using funding from a community innovation grant from the Bush Foundation, which offers grants for community problem solving in Minnesota, North Dakota, South Dakota, and the 23 Native nations in the region.

In the six years since that first grant, Phumulani has grown from a $20,000 budget to over half a million-dollar budget. In 2022, the Bush Foundation recognized Dondo again, this time as one of 24 recipients of the $100,000 Bush Fellowship, which funds educational expenses for changemakers.

The funding will support her expenses as she continues her doctoral studies at Saint Mary’s, where she is studying the impact of childhood trauma and sexual abuse. Dondo is herself a survivor of childhood sexual abuse and domestic violence, which she says is a silent pandemic in her community.

“I’m meant to be a silence breaker,” says Dondo, who moved to the U.S. from Zimbabwe when she was 17. Today, her home office walls are adorned with sources of inspiration in her work: a portrait of South African civil rights leader Nelson Mandela and a canvas painting of an African woman that represents her mother. “Our community, African immigrants, we don’t have enough psychologists and we shy away from talking about mental health. It’s very stigmatized,” she says.

Minnesota is home to large numbers of African immigrants from Liberia, Somalia and the Democratic Republic of Congo, many of whom have experienced war and do not have access to the mental health services that can help them deal with trauma. That’s where Dondo and Phumulani — which means “lover of peace” in Zulu, one of the languages spoken in sub-Saharan Africa — come in.

Phumulani offers counseling, resources, and advocacy support for women survivors. They help women who might need to obtain a protective order against an abuser, find safe housing, and get legal help from a pro bono attorney. Starting in the fall of 2022, they will offer retreats twice a year, for women to set goals and reflect. They also opened their first supportive housing location in 2022, and tailored the layout specifically for the women they serve.

“I know that African women like to cook for their children, so I wanted to make sure everyone has their own kitchen to cook,” says Dondo, who is a mom of three herself. “We believe in the housing-first model, where if someone gets a place to be and breathe, they can start their healing. If they’re couch hopping and in motels, there’s no room for healing.”

“There were so many options for schools, but I had friends going to Saint Mary’s and heard their positive experiences — specifically students from the African continent who pursued their graduate studies at Saint Mary’s,” Dondo says. “I did my own research and it was the place that curated programs that work for busy women like myself. Saint Mary’s has a great understanding that we can still be mothers and working professionals and students and accomplish all our goals.”