Summer internship offers an opportunity to make a difference 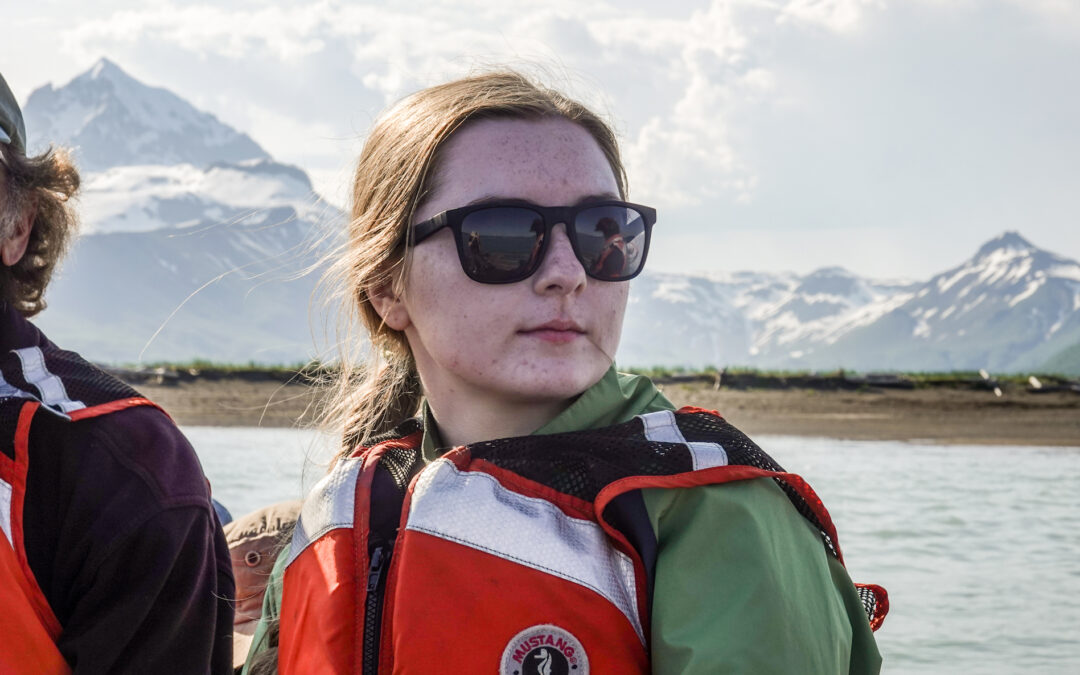 A summer internship with Saint Mary’s GeoSpatial Services would normally mean testing water samples in a lab, as well as mapping at a computer. And while the majority of her internship will include just that, Katrina Danzinger had a unique opportunity to save the environment more directly.

Earlier this month, Danzinger, a Saint Mary’s senior who is studying environmental biology and has an interest in water quality, spent a week in coastal Alaska with the Ocean Plastics Recovery Project removing debris from the coastline of Katmai National Park and Preserve.

“My boss at GeoSpatial services brought up this opportunity to me, and I said, ‘Of course, I want to go to Alaska,’ ” she said. “Then he asked, ‘How do you feel about flying on a bush plane?’ I of course said ‘Fantastic!’ So, I was thrilled when I was selected to do this.” 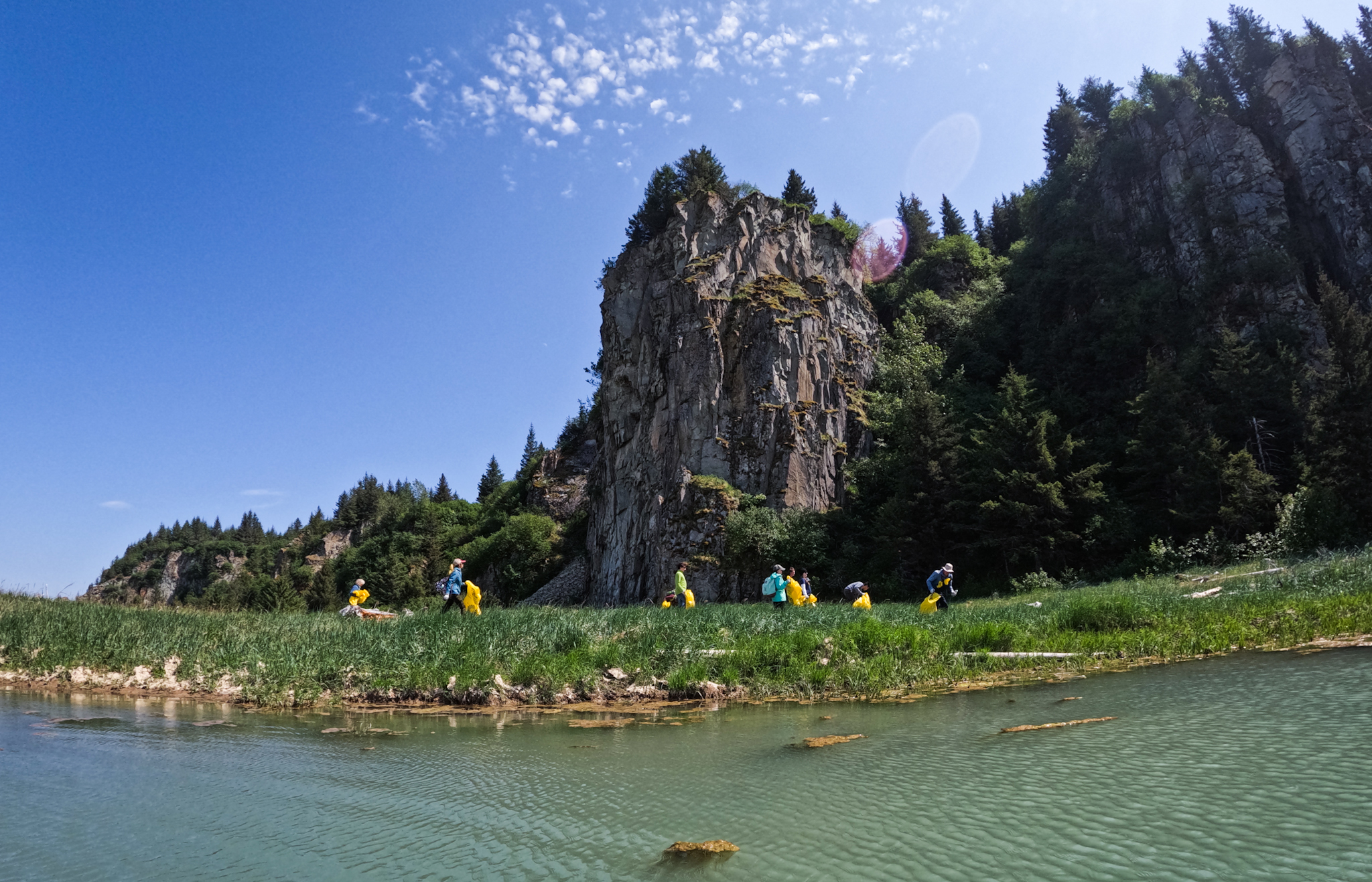 Since its founding, the Ocean Plastics Recovery Project has worked to remove ocean debris from the Alaskan Coastline, as well as provide outreach and education about the detrimental impact of ocean plastics through storytelling and art.

The opportunity came about as a result of GeoSpatial Services’ ongoing partnerships with corporate and nonprofit organizations — and its desire to expand experiential learning opportunities for Saint Mary’s students.

“Most of the students we have working for us get exposed to real-world work from projects in different parts of the country. However, right now, they’re doing it from campus,” said Andy Robertson, director of GeoSpatial Services. “What we’re working on now is being able to provide students with that same type of growth experience, but in other locations. This partnership is the first of its kind where we are taking students to our partners and allowing them to go to other locations and practice their area of interest.”

Danzinger’s memorable bush plane flight June 4 brought her to the boat, on which she would spend the next week assisting with cleanup efforts.

“The ride was a little cramped, but it was fantastic,” she said. “We took off on the water and went over multiple mountains. We saw all kinds of wildlife, including otters, and we saw a waterfall coming down a glacier. It was so fun.”

Watch this video to hear Danzinger discuss her trip. Story continues below.

Once aboard, Danzinger joined crewmembers of the Ocean Plastics Recovery Project, other undergraduate students, graduate students, professionals in the recycling industry, and a local fisherman and environmental entrepreneur.

After the team was acquainted and trained in bear etiquette (as the region in which they were working in is home to the Katmai brown bear), the cleanup began. The expedition prior to Danzinger’s was able to recover 9,000 pounds of plastic, so her group aimed to bring in 10,000 pounds.

Each day, Danzinger and her team would be dropped on a beach and would fill “super sacks” with debris. The variety of items her team found during the cleanups was surprising, she said. These included rope and twine, fishing buoys, food packaging, tanks of gasoline, and “so many shoes and boots.”

One particularly memorable moment for Danzinger included the crew’s recovery of a 1,000-pound rope that had become entangled in driftwood.

“It took both of our teams, which was about 15 some people, to get that rope out of the water,” she said. “Once it was out, it was such a relief. It felt great, because not only do you know you’re making a difference, the work itself is so sat 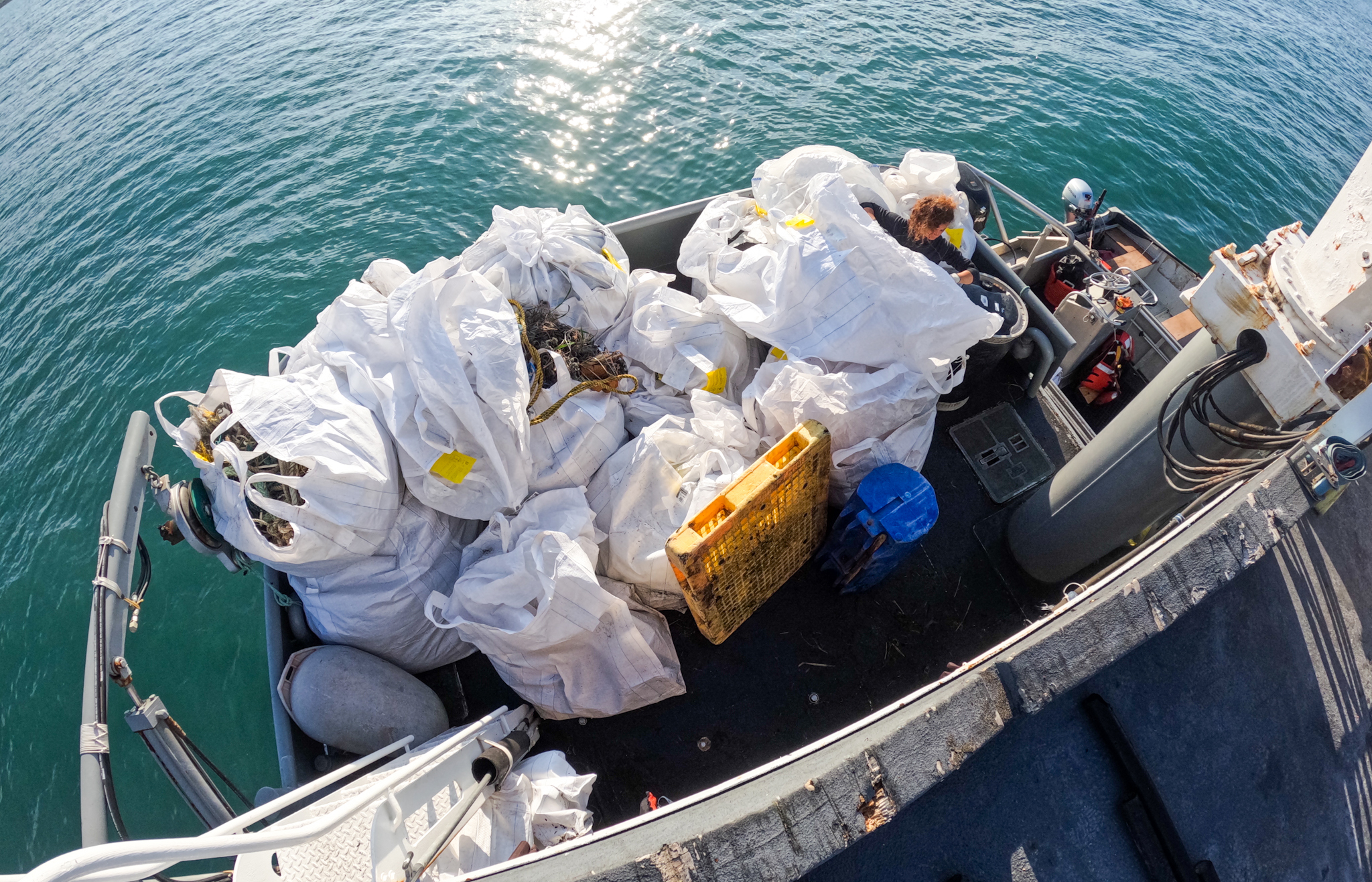 Along with debris recovery, Danzinger spent time during the trip learning about the lifecycle of plastics and the threats they have to the environment and food chains of native wildlife.

“Through this trip, I learned way more about recycling than I ever thought I would,” she said.

By the time the expedition returned from its trip, it had recovered a total of 10,827 pounds, or 5.4 tons, of plastics.

“According to the captain of the boat, it was one of the biggest recovery expeditions he has had,” Danzinger said.

Now back on the Winona Campus and continuing her internship with GeoSpatial Services, Danzinger says she is grateful for all the takeaways from her weeklong expedition. After seeing the amount of plastic debris that has built up along coastlines and learning about the devastating effects it can have on the environment, she says she is already taking steps to change her consumption and recycling habits.

“Having an opportunity like this can really shape a person,” she said. “I never realized how much plastic waste I make or that there was a big recycling operation near me. And I think that experiencing this and verifying that this might be something I want to do is so important.”