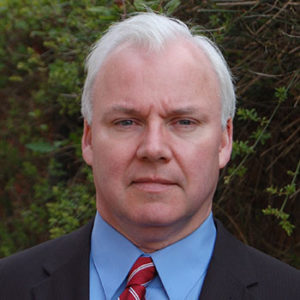 WINONA, Minn. — As a Lasallian Catholic university with a strong reputation for preparing many of Minnesota’s educators and educational administrators, Saint Mary’s University has started a Character Education and Virtue Formation speaker series to explore and enhance programming about this topic.

The public is invited to attend the first presentation in the series, featuring James Arthur, Ph.D., the director of the Jubilee Centre for Character and Virtues at the University of Birmingham, United Kingdom. Dr. Arthur will speak on “The Idea of the Catholic University” at 7 p.m. Tuesday, Nov. 5, in the Science and Learning Center, located on Saint Mary’s Winona Campus.

Dr. Arthur, also chair of the Society for Educational Studies, was head of the School of Education from 2010-2015 and deputy pro-vice chancellor from 2015-2019. He was previously editor of the British Journal of Educational Studies for 10 years and holds numerous honorary titles in the academe, including honorary professor of the University of Glasgow and honorary research fellow in the University of Oxford. Dr. Arthur was made an Officer of the British Empire by the queen in 2018. He has written widely on the relationship between theory and practice in education, particularly the links between character, virtues, citizenship, religion, and education. He established the Jubilee Centre in 2012; the Centre has grown in size, scope, and impact since its launch at the House of Lords in May 2012.