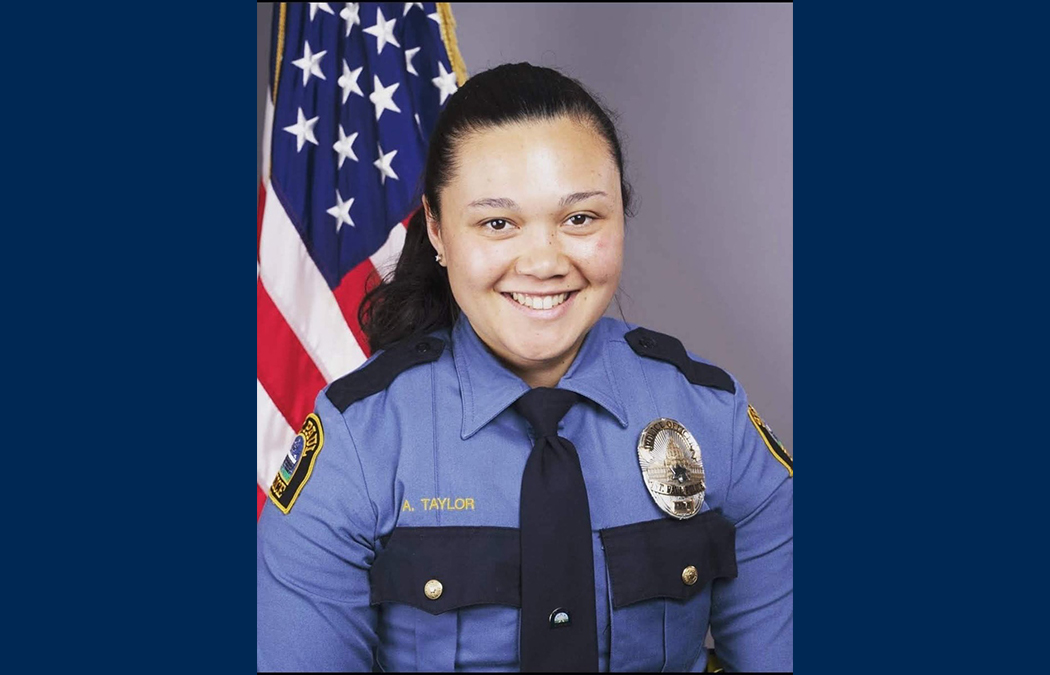 After graduating from Cretin-Derham Hall High School, it was only natural Anna (Taylor) Ciconte B’17 look to another Lasallian Catholic school when considering colleges. She wanted to continue her education in the Lasallian tradition, which encompasses concern for the poor, social justice, respect for all persons, inclusive communities, and quality education.

“I was intrigued by Saint Mary’s because it offered a degree in criminal justice with a law enforcement track, and it reminded me of my high school – a tight knit community with a good student/teacher ratio,” said Ciconte. “Saint Mary’s was great. I received a great education based in faith that helped me begin my career as a St. Paul police officer. I could go to church every Sunday, and I met a lot of my good friends that I have today. I also played soccer for four years.”

Many members of Ciconte’s extended family have been police officers, and by the time she turned 18, Ciconte knew she also wanted to be a police officer. One class at Saint Mary’s really stands out as solidifying her decision because a Winona police officer showed the class what the job of being a police officer was like.

“I interned with the St. Paul Police Department the summer before my junior year, and that’s when I knew I wanted to be part of that department,” adds Ciconte. “I learned important skills that summer and applied for the St. Paul Police Academy my senior year. I got right in after graduation.”

Starting at the Police Academy at age 21, she quickly made her mark by being elected — in 2018 — the first female president of the academy since it was founded in 1854. She attributes her success there to her leadership and excellent communication skills to motivate the class of 34 recruits.

“After graduation I was hired as a patrol officer for the St. Paul police, and I work in the western district, the city’s largest,” says Ciconte. “A typical workday involves being briefed on what’s going on in the city in general and particularly in the western district. We also hear about problem addresses so we can be on the lookout for certain things and patrol certain areas.”

Ciconte credits her various liberal arts and religion classes at Saint Mary’s for broadening her perspective and helping her to be well prepared for a law enforcement career. These classes helped her know how to talk to, treat people with respect, and listen to other people’s point of view.

Currently she works in the Code Enforcement Unit, dealing with problem properties. In this role Ciconte often interacts with, and provides assistance to, the city’s homeless and unsheltered population.

For Ciconte, the most rewarding aspect of being a police officer is dealing with people who have made bad choices and helping them in their time of need. She finds it gratifying when later she sees some of these same people make better choices. Ciconte believes the St. Paul Police Department does a good job strengthening community relations with members of the Asian communities, primarily Hmong and recent Karen refugees so they know the police are there to help them.

In October, Ciconte received the Signum Fidei Award from her alma mater, Cretin-Derham Hall High School. Essentially a rising star award for a young person who’s excelling in their career, Ciconte is the youngest person to receive the award.

“Saint Mary’s is a nice, tight-knit community based on the Lasallian tradition and the Catholic faith. It’s a great campus and you can meet people from throughout the United States. It feels like a family,” adds Ciconte. “You can also expand your faith and connect with lots of people and opportunities at Saint Mary’s. I also met my husband, Jeremy Ciconte, (B’15) there.”