Howat: Philanthropy and development program ‘inspires you to be a change agent’ 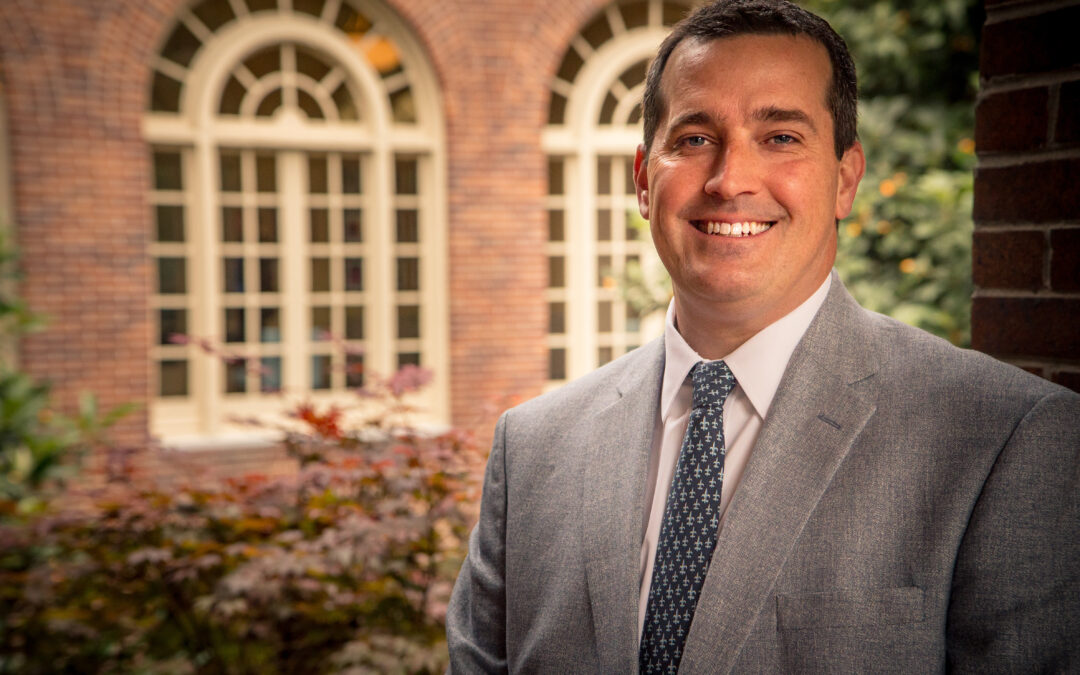 For starters, the thesis he wrote on parish stewardship got the attention of his archbishop, and the next thing he knew, he was employed by the Archdiocese of New Orleans — first in the stewardship and development office and for the past five years as the executive director of the Catholic Community Foundation.

But it only starts there. Howat uses words like “empowering” and “inspiring” to describe his experience in the P&D program.

You might say it was a bit of divine inspiration that connected the New Orleans native with the blended program, offered online and during summer residencies at Saint Mary’s Winona Campus.

“It’s the beauty of our tight knit Catholic world,” he said. “I was looking specifically for a Catholic program that taught about the nonprofit world, but not just management, specifically fundraising. I met a gentleman at the National Catholic Educators Conference in Minneapolis. He said, ‘You NEED to go to this program. It’ll change things for you.’ ”

Howat said within a couple of months, he was enrolled. And during the three-year program, he and his wife had two children (of 5). The program’s flexibility worked well for this busy professional with a growing family.

“It was the biggest treasure and gift from God to have a model that paired well with professionals working to get a degree,” he said. “There’s no doubt that the practical application allows you to be able to easily integrate back into school after being away for a time, and that’s a great gift for the adult learner.”

He also enjoyed learning alongside and from other professionals in all forms of philanthropic work — from across the U.S. and beyond.

“I felt I had a lot to contribute, and the classes and courses were structured in a way that allowed you to feel like you had a lot to contribute,” he said. “It was a shared journey of learning. Your experience can help the other cohort members but also the professors have a real-world learned knowledge of the subject matter and how it applies.

“I can speak on behalf of cohorts behind me and before me,” he added. “The program allowed us to be masters of what we do but in a learning environment. That was the tone that was set throughout my three years. I always said I’d go get my master’s when I figured out what I wanted to do with the rest of my life. I knew I had the heart knowledge, and I needed the head knowledge to catch up to it. Saint Mary’s helped me marry those two, and it allowed my career to take off.”

Howat considers himself a conduit.

“The neatest thing about fundraising is you are the invisible dot between the donor’s generosity and the impact it can have on the people it serves,” he said. “You really get to see the power of people’s generosity. The behavior of being magnanimous is one of the ways we can be most like God. I see it as a call to holiness. When you are connecting those dots of allowing their giving, it’s a way to reflect God’s love, it’s the most fulfilling thing.

“The P&D program inspires you to be a change agent and allows you the confidence to be part of the solution,” he said.