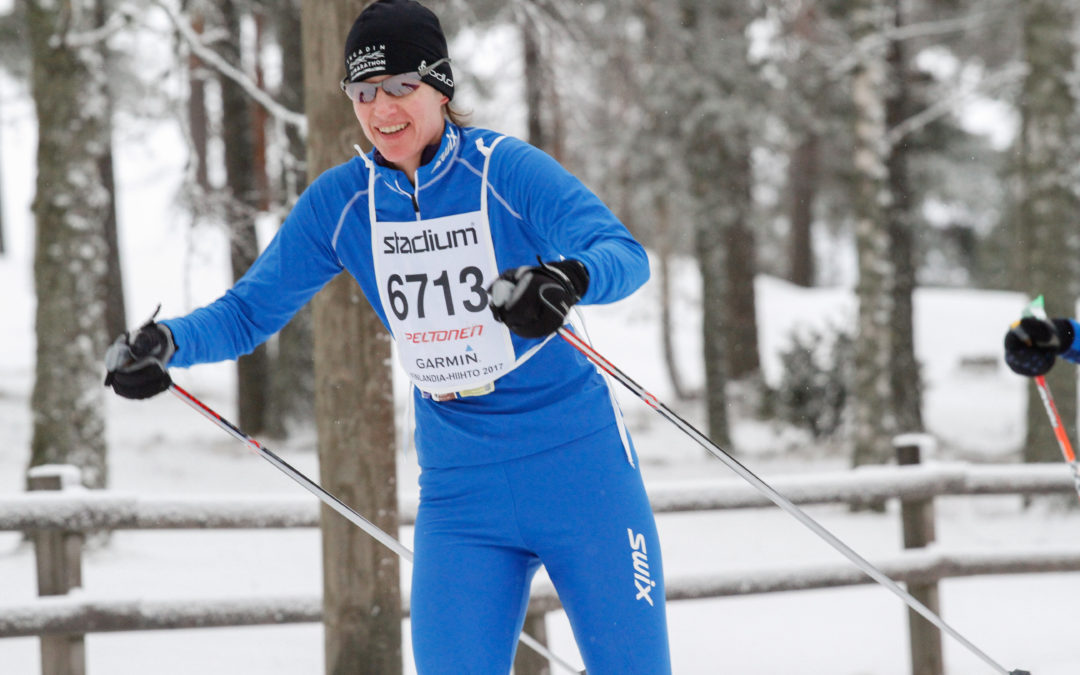 Born and raised on the Mississippi River in Winona, Dr. Heather Cichanowski, a 1995 graduate of Saint Mary’s and lifelong athlete, grew up testing the capabilities of her body. She competed in swimming, biking, and naturally — as the daughter of Mike Cichanowski, founder of Wenonah Canoe — canoeing.

But her primary sport and passion was cross country skiing, a love also instilled in her by her father, who will compete in his 43rd American Birkebeiner this year. (The love for skiing also extended to Heather’s older sister Amy Cichanowski, a 1992 graduate of Saint Mary’s, who now serves as executive director of the Minnesota Youth Ski League.)

As a young cross country skier, Heather Cichanowski glided down the hills, her lungs expanding with the brisk icy air, while dreaming of one day racing on an Olympic team.

In February she came as close to the Olympic action as possible without donning skis, as she served as team physician to the U.S. Olympic Cross Country Ski Team in Beijing, China.

There was no big “ah-ha” moment that drove Cichanowski to study medicine. Instead, it was a series of small ones.

It was Cichanowski’s own athletic experiences and injuries that narrowed and inspired her career path. “It was just one of those things,” she said. “When I was younger, I was always interested in first aid, physiology, and anatomy. I just always gravitated to wanting to know how the body worked and functioned, and that, coupled with my sporting background and interest, made primary care sports medicine a good fit.”

A major in biology at Saint Mary’s, Cichanowski lists Brother Jerome Rademacher, FSC, among her favorite professors, not only for his physics classes but because he, too, loved to ski and is one of the people credited with starting the ski trails that run throughout Saint Mary’s Winona Campus — the same trails Mike Cichanowski and the Winona Nordic Ski Club have supported and utilized for decades.

After graduation, she attended medical school at the University of Minnesota. Her subsequent family medicine residency with another U of M program was followed by a sports medicine fellowship through the Hennepin County Medical Center.

As medical director of Women’s Sports Medicine, at Tria Orthopedics in Woodbury, Minn., (where she’s worked the past 16 years), her goal is to help guide her clients back to the sports and activities they love and provide the tools they need to prevent re-injury.

Combining her love of sports medicine and her competitive spirit, she began volunteering as a traveling team physician with the U.S. Cross Country Ski Team about 10 years ago. To qualify for the position, she underwent the background check, provided letters of recommendation, and met board certification guidelines and other strict requirements of U.S. Ski and Snowboard. As part of her role, she has traveled with the team to one of their World Cup competitions in Europe each year.

Then, this past May, she was asked to be their head physician. “And that’s what opened the doorway to go to big events, such as the Olympics,” she said. “I went as a spectator to the 1994 Lillehammer Olympics, but now I’m serving in more of an official capacity, which is a dream come true.”

As head physician, Cichanowski became more intimately associated with the team, attending team camps, helping with yearly physicals, and being involved with team meetings with the rest of the high-performance team members.

“What’s nice is we had a top-notch sports dietitian and tremendous coaching staff, so my focus was on the medicine part. Even just a small, simple cold can really affect their performance. It’s about getting good sleep and good eating habits, good advice for all of us.”

Cichanowski said there was much to learn about her expanded role, particularly all the COVID-19 protocols to follow.

“Really, the main goal was to be there for the athletes, be a resource for them, and keep them healthy,” she said. “I was there to help figure it out. There was a Beijing Organizing Medical Community and a U.S. Olympic and Paralympic Committee also bringing resources over. Part of my role was, if somebody needed something, to figure out where to go.”

And, there’s no doubt, Cichanowski cheered on the U.S. team — including Minnesota’s own Jessie Diggins — to bring home the gold.