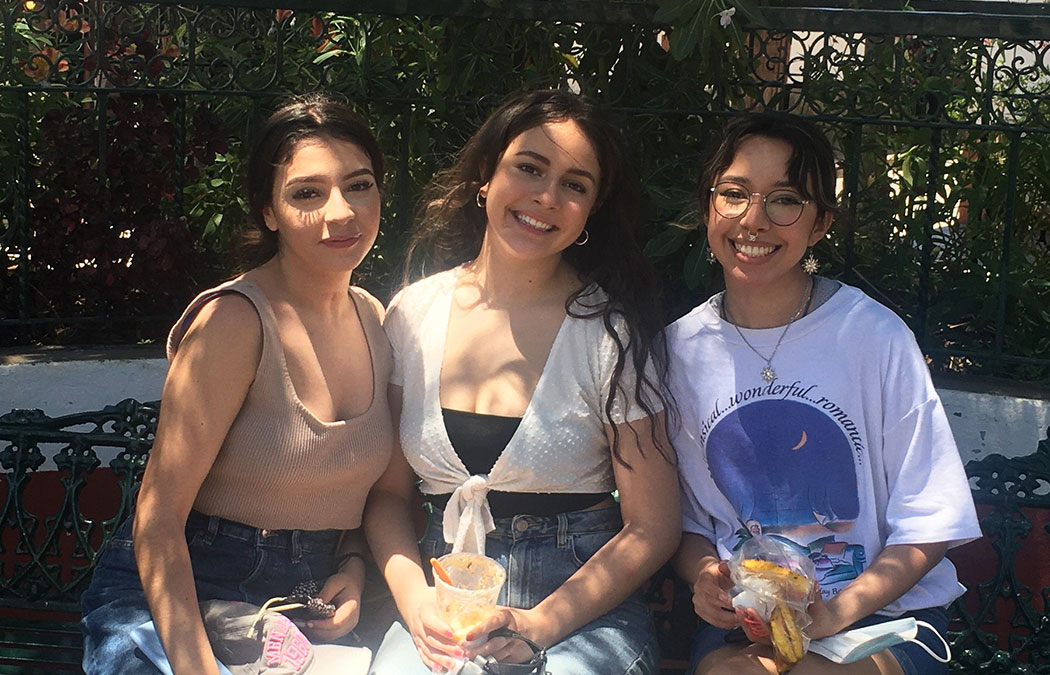 Cynthia Leon began her college career at Saint Mary’s as a biology major hoping to go into premed, but she realized there was more than one way to help people and switched her area of study to psychology and Spanish. With a heart for helping others and her family’s support, she embarked on her academic journey ready to grow. 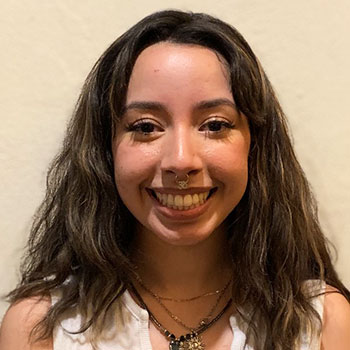 Leon loves her hometown of Milwaukee, Wis., for its diversity and easy access to important resources. She hopes to find a career creating more health resources for the lower-income LatinX community in the area. Most of all, the sophomore is excited to use her psychology major to support others with their mental health while providing them with strategies to help them regain emotional independence.

“I feel like most people see psychologists, therapists, and counselors only as someone who you tell your problems to, but they are also there to help and prepare you to be able to deal with tough situations on your own,” she said.

Leon encourages others to work on their mental health and, most importantly, talk about it. With certain stigmas around mental and emotional health, the topic is too often avoided. “Talking about mental health can be taboo in Spanish culture,” she noted. Leon added there should be no shame in asking for help and starting the healing process, and she looks forward to being part of the solution.

The Leon family is full of hard workers. With her father working in construction, her mother owning her own business, and her sister being close to finishing her nursing degree, Cynthia grew up seeing that anything was possible with diligent work. She is particularly proud of her sister: “She’s gotten so far and is so fulfilled by her job,” she said.

If Leon has learned anything from her family, it’s that “money can’t replace the feeling of doing what you love.” She said she feels ready to take on anything supported by her loving family who cheers one another on.

After attending Countdown to College (C2C) for four summers during high school, Leon was thrilled to be chosen as a First Generation Initiative (FGI) scholar at Saint Mary’s. “It was mind-blowing to get recognized for my hard work,” she said. “It helped me realize I deserved to go to college and gave me a boost of confidence.”

During C2C, she got a taste of the college life she enjoys now. She pours herself into learning new hobbies, growing her interests, and having new experiences during her free time. “There are endless opportunities in life. You can have so many interests. You don’t have to stick to doing one thing for your entire life.” she said. “Learning to do more activities, and learning more about the world can only help you grow.” Looking at the world as her oyster, she never turns down an opportunity to take on a new challenge or look at the world from a different perspective.

Leon is excited to travel in the future, wanting to experience more Spanish-speaking countries. She enjoyed comparing the culture of her Spanish community in Milwaukee to that of Argentina during a high school trip. She eventually wants to travel to Cuba, Spain, Mexico, Puerto Rico, and beyond. Leon contemplates moving to another country someday with her career to help advance mental health resources for youth in different parts of the world.

To the benefactors of the FGI program and C2C, Leon said, “Your donation might just be money to you, but it changed everything for me. You made a good investment because I am here to give back to my community in the future.”