Engaging with the ‘Declaration on the Lasallian Educational Mission’

Brother Robert Smith, FSC, Ph.D., senior vice president for university initiatives and special advisor to the president, wrote a piece that was featured in the spring 2021 issue of De La Salle Today, the magazine of the Lasallian Region of North America. His piece focused on the “Declaration on the Lasallian Educational Mission: Challenges, Convictions and Hopes” and is included as part of the new Lasallian Essentials section where Lasallian documents will be explored. His writings offer an understanding of the document and suggestions on how to engage with it. 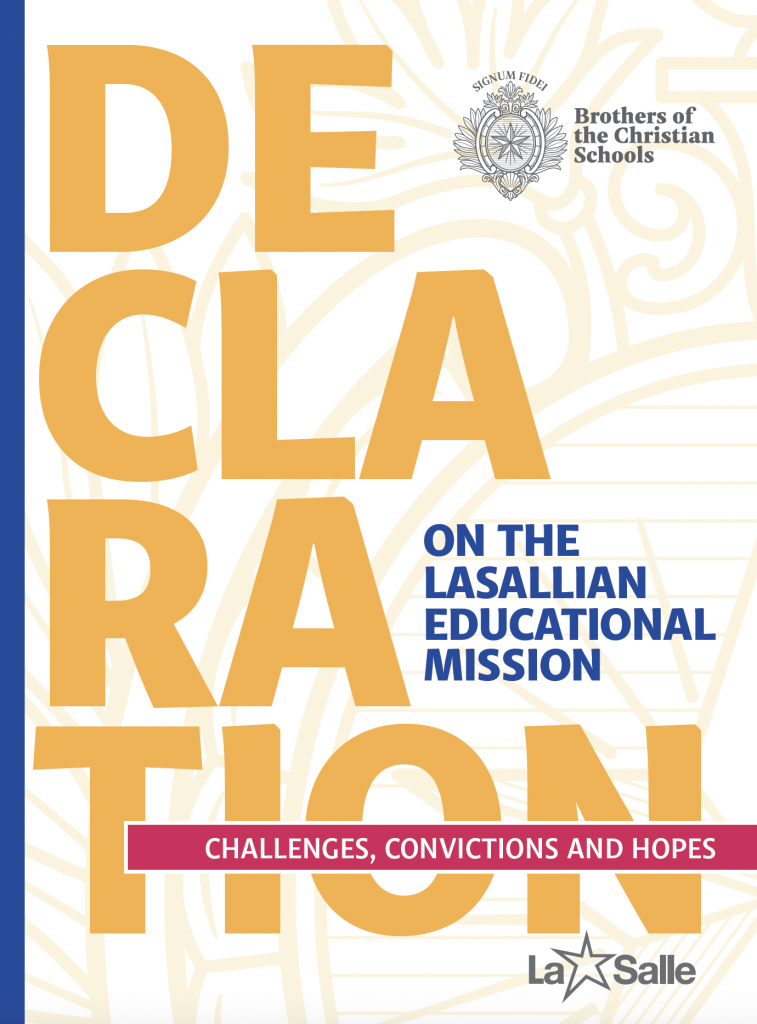 “The ‘Declaration on the Lasallian Educational Mission: Challenges, Convictions and Hopes’ is the most recent substantive statement on our shared Lasallian educational mission. Released by Brother Superior General Robert Schieler, FSC, and the General Council on April 30, 2020, the anniversary of Saint John Baptist de La Salle’s birth, the 45th General Chapter (2014) and the 2nd International Mission Assembly (2013) called for this document, which is intended to ‘give us a central reference point for our educational work so that it is life-giving and creative for [those] entrusted to our care’ (Page 8). …

“What is the Declaration? The Declaration could well serve as a primer on the Lasallian mission, offering as it does four distinct parts that include the historical development of the Institute, those who have been and continue to be engaged in the educational mission, the fundamental theological and pedagogical principles that serve as the foundation of the mission, and a nod toward the future and its challenges. The text is readable, engaging, informative and, at points, challenging. It speaks to those who have been engaged in the mission for many years and those new to the Lasallian family.”