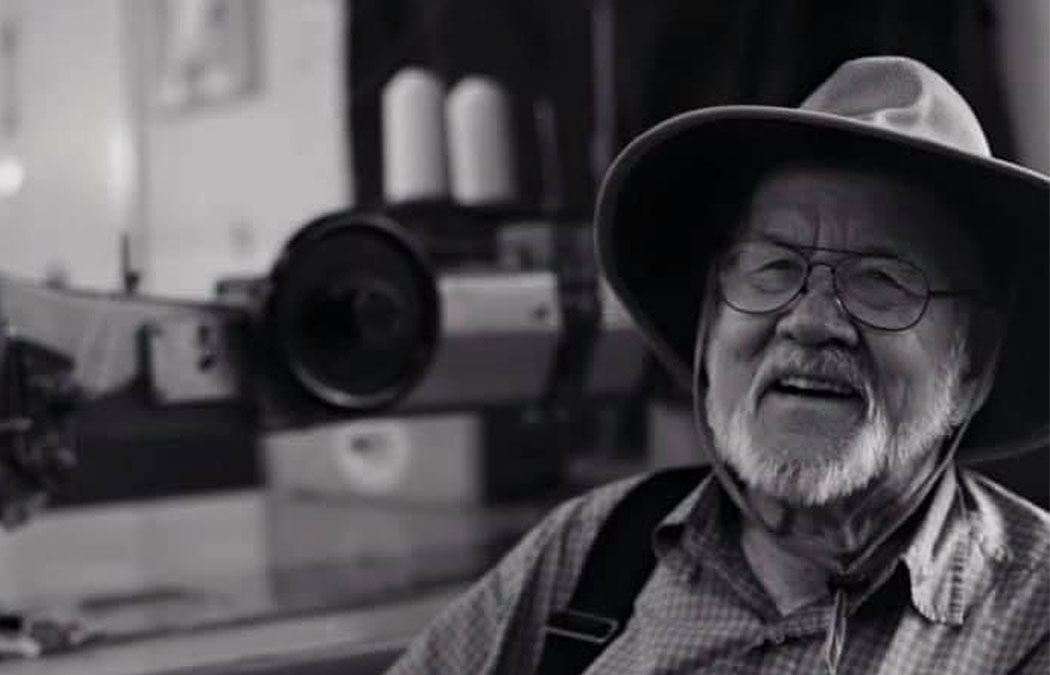 Brother Finbar joined the De La Salle Christian Brothers in 1940. When asked what it means to be Lasallian, he shared these words, “I cannot say what Lasallian means because it is all I’ve experienced. Everything about me comes from being a Brother … Being a good Brother means being dedicated to education, being dedicated to young people, and being dedicated to justice.” 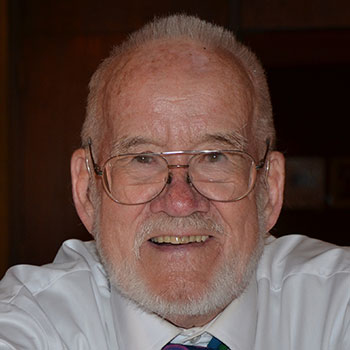 He first came to Saint Mary’s in Winona in 1943 as a college student. After graduation, he began his career teaching biology, algebra, and geometry, as well as shop courses, in Memphis, Chicago, and the Twin Cities. He also trained a group of young men called the “mobile crews” — Brothers who were not going to be educators but would serve education in other ways — in industrial skills.

In 1967, he returned to Saint Mary’s to do repair work for the science department and he stayed in the community until recent years. Even when he could no longer live on campus because of his health, his heart remained on Terrace Heights.

During his career, he oversaw Aquinas Hall (now Vlazny) for 15 years, and had the challenging job of overseeing Saint Mary’s first co-ed residence hall. In the process, he made lifelong friends and furthered his understanding of and respect for women.

From 1984-85, he became director of the La Salle Community and served as a hall director in Watters and La Salle halls in the late ’80s. The Brother Finbar McMullen Award, established in 1981, is presented to a professional member of the Saint Mary’s Winona Campus community who unselfishly meets the needs of the undergraduate community.

At age 65, he retired from residence hall work but worked in the science shop until he was 75.

During his semi-retirement, he began a commercial sideline, and because of this, he’s been called the “Brother of Invention.” His collective work became known as Finovations. 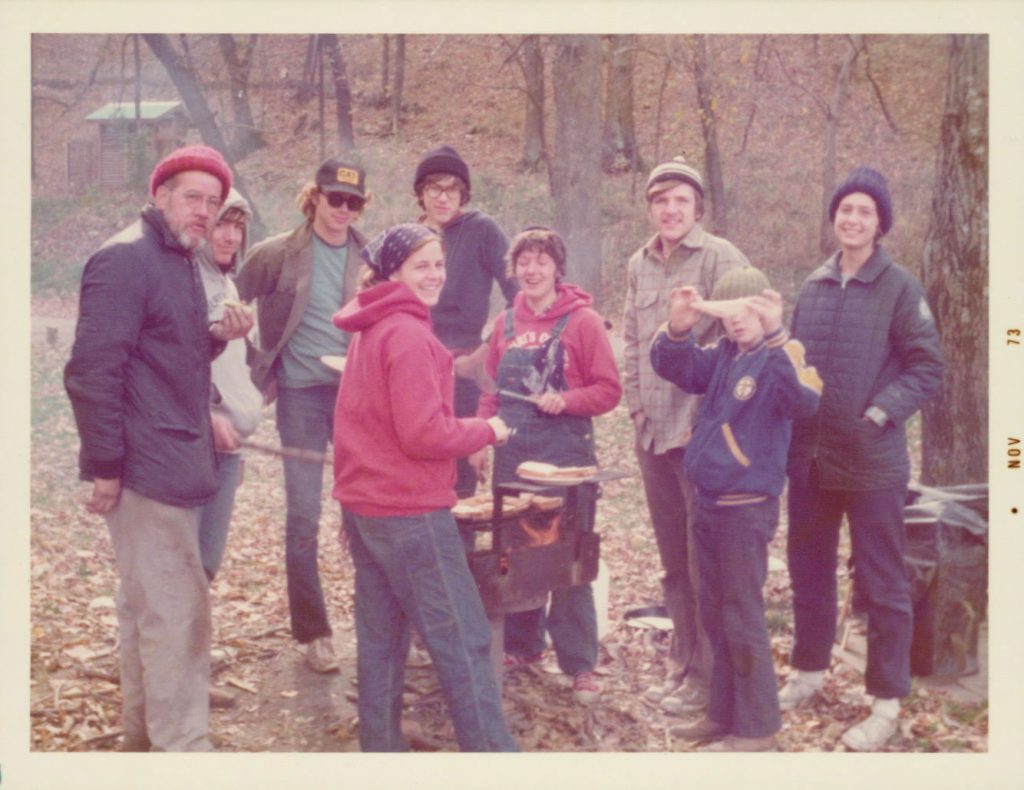 In the early ‘70s, and late ’80s, he ran a program of camping courses, including winter camping at Saint Mary’s. During this time he made his first “Finbar Hood.” He fashioned a separate hood that would roll with the person at night and could be more easily dried than a sleeping bag. He made enough for the whole class and eventually patented his creation. He received endorsements from Paul Shurke, co-leader of the Steger North Pole Expedition and Bering Bridge Expedition, and Ann Bancroft, leader of the American Women’s Trans-Antarctic Expedition.

Then, when winter campers got their skis caught in the marshland grass, he devised a piece of riveted sheet metal to solve the problem. Where he saw a need, he invented the solution — from a fabric tucker, to a grape cutter, to a collapsible fire grate.

He was also an accomplished woodworker and even taught courses in constructing items from cardboard. When walking became difficult, Brother Finbar could be seen riding a Segway (with an adapted cardboard cane holder) around campus. As remembered as he is for the items he created, he will forever be cherished for the relationships he cultivated.

The funeral will be 7 p.m. Monday, May 10, in Saint Thomas More Chapel, located on Saint Mary’s Winona Campus. Visitation will be one hour prior in the chapel. Burial will be in the Christian Brothers section of Saint Mary’s Cemetery, Winona. View the ceremony virtually.

We invite you to join us in sharing your memories of Brother Finbar or other condolences by posting a comment below. 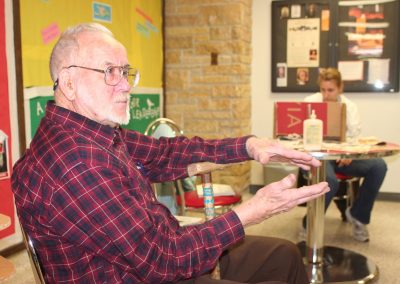 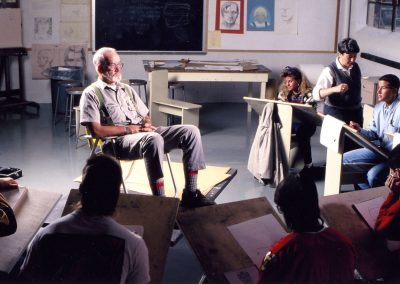 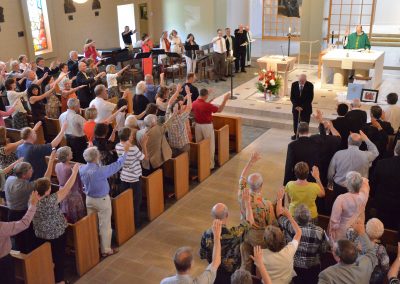 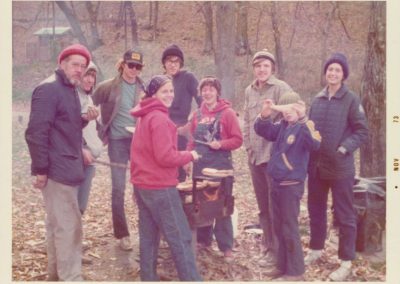 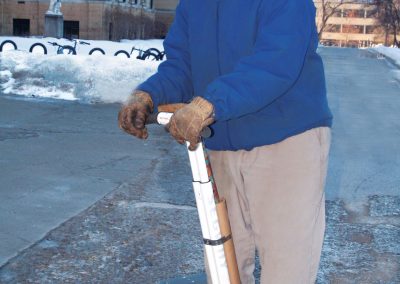 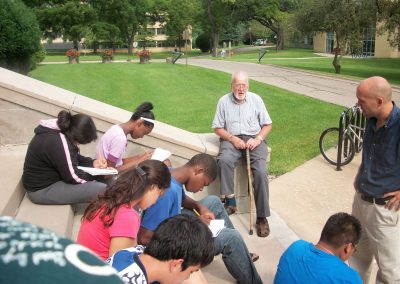 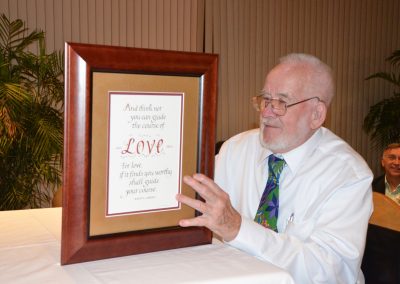 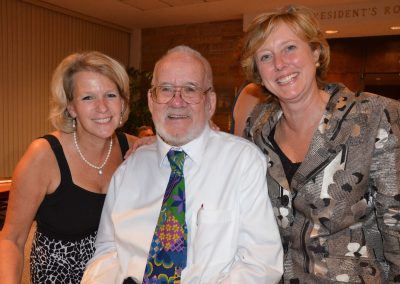 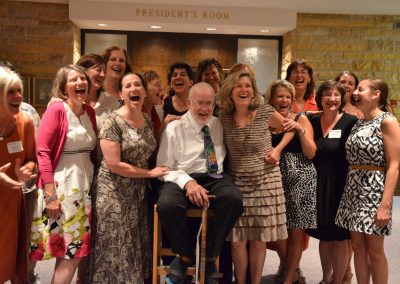 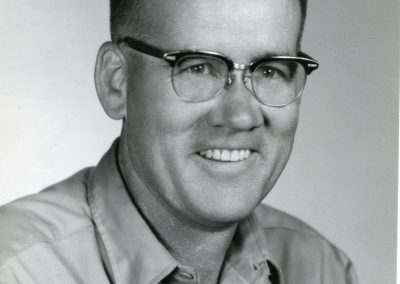 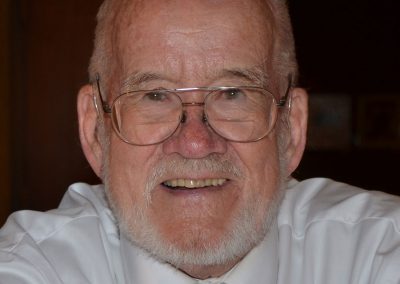 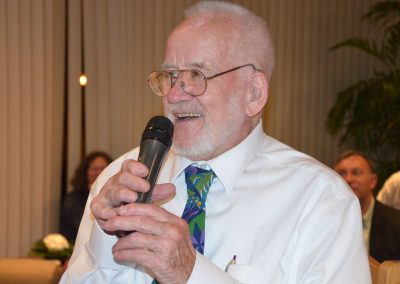 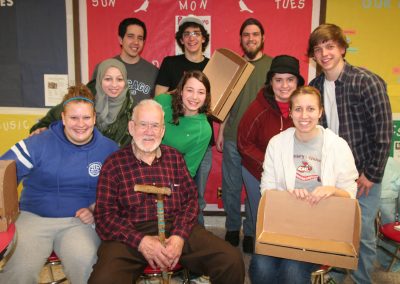 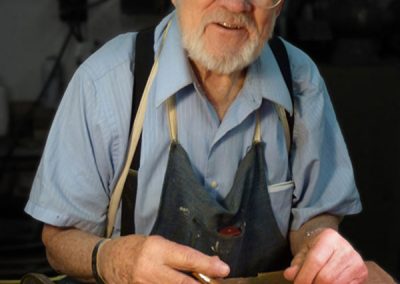 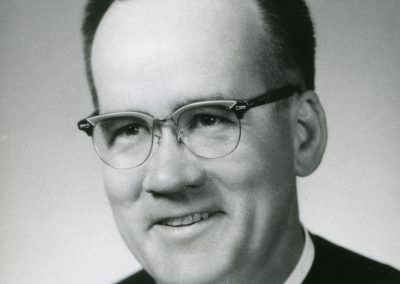 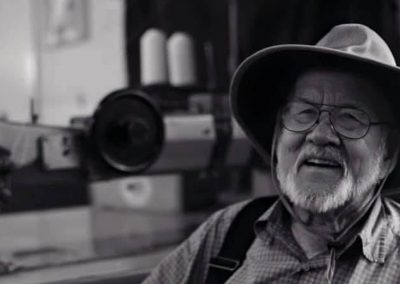