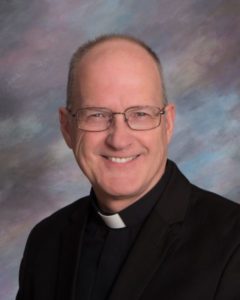 Pope Francis has appointed Saint Mary’s University of Minnesota alumnus the Rev. Michel Mulloy ’75 as the new bishop of the Diocese of Duluth, Minn.

The Rev. Mulloy, 67, most recently served as vicar general and administrator for the Diocese of Rapid City, S.D. His episcopal ordination and installation have been scheduled for Oct. 1.

He was born in Mobridge, S.D., and entered the minor seminary when he was a sophomore in high school. He received his undergraduate education at Saint Mary’s University and Immaculate Heart of Mary Seminary in Winona, Minn., and attended the Saint Paul Seminary afterward. The Rev. Mulloy was ordained to the priesthood in Sioux Falls on June 8, 1979.