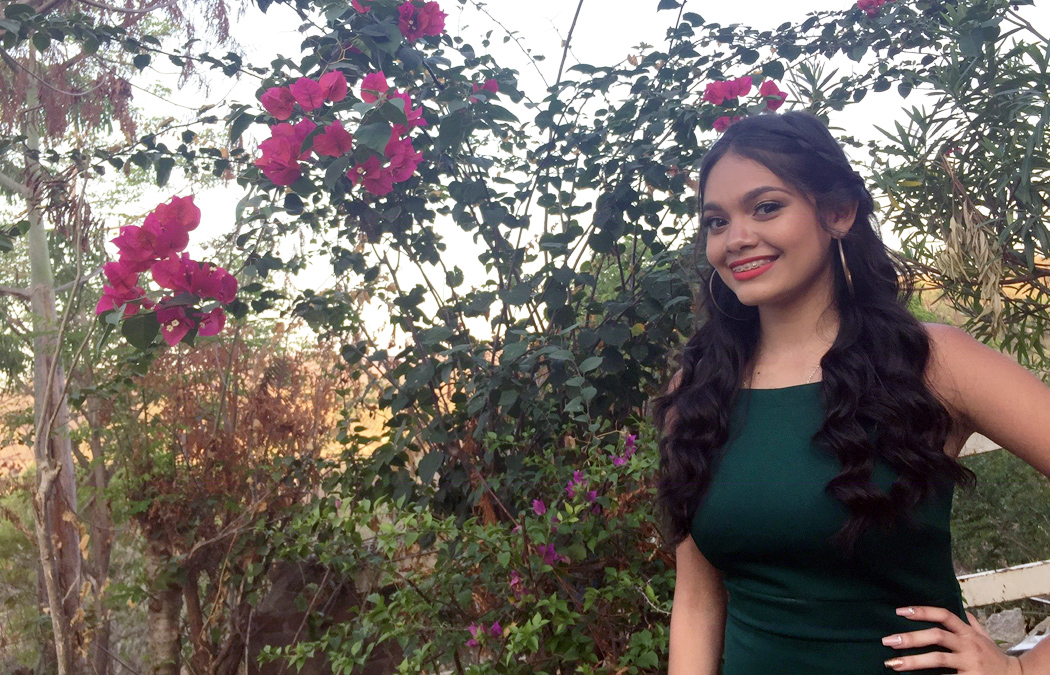 From an early age, Margarita Lopez ’22 knew she wanted to work in the medical field. The light from this idea, though, was generated from some of her family’s darkest days.

Her mother passed away when she was 2 months old, but growing up she heard stories of how well the medical staff cared for her family during this difficult time. Her grandparents on her mother’s side adopted Lopez, but her grandmother later passed away in 2014 from a multitude of health issues.

“It made the decision clearer because we were in a hospital,” Lopez said of her grandmother’s passing. “Doctors, nurses, and everyone else there helped us through the whole process. That made me want to be in this profession to pay it forward in my own way.”

“It made the decision clearer because we were in a hospital. Doctors, nurses, and everyone else there helped us through the whole process. That made me want to be in this profession to pay it forward in my own way.”

When Lopez graduates from Saint Mary’s University of Minnesota, the biology major plans to continue her schooling to be a physician assistant to exemplify the same spirit of kindness and compassion that her family was shown in both instances.

Lopez first heard about the First Generation Initiative (FGI) and Countdown to College as a student at Cristo Rey Jesuit High School in Chicago.

At first, Lopez said she was reluctant to give up a couple weeks of her summer to travel to Winona, but she realized the potential for personal growth by pursuing a path outside of her comfort zone.

“I’m really a family-oriented person, so leaving my family was hard,” Lopez said. “I knew because they didn’t really have a chance to go to college, though, that I wanted to be the first one and be a role model to others in my family. I wanted to let my cousins know that anything is possible.”

‘A breath of fresh air’

As a student, Lopez is an active member of Merging Intercultural Experiences (MIX). She loves how the organization celebrates the diversity of the undergraduate student body. She can also be found at any campus event that involves dancing.

“Dancing is a really big aspect of my culture and in my family, too. I like to take time to express myself through dance,” said Lopez, whose favorite dance styles include banda and reggaeton.

When she became an FGI Scholar, she realized she could find the support she needed through the FGI family.

Margarita Lopez with members of the FGI family, from left: Angelyssa Figueroa and Destiny Walker, sophomores, and Octavia Brown ’15, Countdown to College coordinator/adviser and FGI alumna.

“They have always been there for us,” Lopez said of the FGI administrators that include Alisa Macksey, dean of Student Success and FGI, and Octavia Brown ’15, Countdown to College coordinator/adviser and FGI alumna.

“Margarita is a breath of fresh air,” Brown said. “She always has a smile on her face, and if she doesn’t, I know something is going on. She is outgoing, charismatic, and always willing to help someone else.”

Lopez said she always felt supported by her classmates and professors. During freshman orientation, she appreciated being shown around by then-senior FGI Scholar Frydha Cordova Fragozo ’19. The science professors were always available to help her navigate her class schedule.

“At times, I felt like it wasn’t going to work out, but they reassured me that it would,” Lopez said.

As has become tradition, each Countdown to College graduate is given a copy of the famous children’s book “Oh, the Places You’ll Go!” by Dr. Seuss. Inside the book cover, the Countdown to College staff write inspirational messages, words that Brown and others will regularly reference, Lopez said.

“I generally tell the students something along the lines of this: They have come too far to give up now even when it is hard,” Brown said. “If it was easy, everyone would be doing it, and that is simply not the case. They are here for a reason.

“No one can stop them, especially once they put their mind to something. The sky’s the limit! Get that diploma, because it’s so important, especially for us as people of color.”