Unprecedented levels of partisanship vitriol threatens the health of democracy in U.S., globally

Voter-based political parties have played an integral role in American politics since their formation in the 1790s, yet it is difficult to remember any other time in history — other than perhaps the 1850s — when the level of divisiveness was this high and the polarity this profound between Republicans and Democrats.

To add more fuel to the fire, the anti-democratic actions against the rule of law by President Donald Trump have become a primary threat to democracy in the U.S., said David Lynch, Ph.D., a professor of History and Social Sciences and Political Science program coordinator at Saint Mary’s University of Minnesota.

The same action are also threatening how the government works and delegitimizing and undermining institutions that make and enforce laws,Lynch added. Those institutions include formal ones such as Congress and the political parties themselves, as well as less formal entities, such as the traditional news media.

The recent impeachment proceedings were an attempt to curtail these actions, but the partisan response to the Senate’s impeachment trial allowed the violation of democratic norms to be rewarded, said Dr. Lynch.

Furthermore, politicians who react strongly to anti-democratic actions threaten to further delegitimize the government, such as Trump’s refusal to shake the hand of House Speaker Nancy Pelosi, a Democrat, at his most recent State of the Union address and her subsequent action of tearing up his speech.

“That helps both sides reinforce their own position that the other side is less legitimate and that we shouldn’t cooperate with somebody like that,” Dr. Lynch said.

Dr. Lynch pointed to how the indices that measure the health of democracy both in the U.S. and abroad have all gone down since Trump won the 2016 election. In addition, the most recent Economist Intelligence Unit’s Democracy Index reflected the worst registered global democracy score since its inception in 2006. In that report, the U.S. received a score of “flawed democracy.”

Traditionally, the U.S. democratic system has been able to regulate such extreme partisanship before election day by not nominating candidates that violate democratic norms or are far from the ideological center. On election day, overly partisan candidates are vulnerable in swing districts and swing states. That ability for the public to express its collective voice, though, has eroded over the years as the number of swing districts has dwindled.

“When people view through a partisan lens, it changes the incentives that elected officials have because they may be rewarded for partisan but anti-democratic actions,” Dr. Lynch said. “It also changes how average people view this whole debate.”

To demonstrate the current political scene in the U.S., Dr. Lynch alluded to a 2017 study conducted by a group of political scientists at Yale University in which experimental surveys were sent to Venezuelans to see to what degree they would be willing to accept a less democratic candidate if he or she was a member of the political party they affiliated themselves with. The answer was quite a large degree.

“The big message here is you can’t necessarily rely on the public just to vote out an anti-democratic candidate because they might get a partisan advantage from that anti-democrat,” Dr. Lynch said.

David Lynch, Ph.D., professor of History and Social Sciences and Political Science program coordinator, has taught political science at Saint Mary’s University of Minnesota since 1996. Dr. Lynch has also written over a dozen chapters on international relations, international political economy, and American foreign policy, including the chapter on trade in the United Nations Association of the USA’s “A Global Agenda” from 1996 to 2005.

Dr. Lynch is an expert in political science, political economies, and international relations. He is available to speak with the media. To arrange an interview with him, simply click on his photo below to access his contact information. 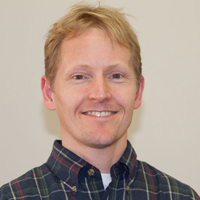