There’s no Tour de France for women; it’s time to address the inequity in professional cycling

Since the Passing of Title IX, there have been many improvements in accessibility for girls and women in sports. This trend has not been as strong for some sports, like competitive cycling.

“We know that when we look at numbers for licensed riders in the U.S., 15% are women, and that means 85% of competitive cyclists are men,” said Erin Ayala, Ph.D. “Because races are generally run by private organizations, they don’t fall under the Title IX umbrella. It looks very different. They can say that because only 15% of women are in the field, they think they don’t need to add more races so women can participate. This then creates concerns regarding skill development and safety while racing.”

As a cyclist who races nationally, Dr. Ayala can attest that women cyclists are treated very differently than men.

“I did a large national investigation on the experiences to find out what the factors are that affect participation for women in competitive cycling. A lot of women spoke of importance of creating an encouraging and supportive atmosphere. They’d say, ‘If I have people on sidelines cheering me on, that means the world to me.’

“Another piece was that race promoters and directors sometimes combine women with master’s men, 50-60-year-old men, to help with field sizes, but that can create a toxic environment because women are racing with older men who may not want them to be there. Women are also paired with younger junior cyclists, which can feel condescending and patronizing because it results in shorter or easier races.

“In a lot of races, women race shorter distances or durations than the men, which can feel insulting. There’s no Tour de France for Women. It’s a tough atmosphere. Then there are the podium girls, women in high heels and makeup whose job it is to stand next to the male racers to give them their prizes and a kiss on the cheek. The underlying assumption is those women are there to accessorize the male racers. It speaks to the gender dynamics in those sports.

“Things that decrease participation are unsupportive environments where women feel they do not belong, inequitable fields, and unequal prize pools; sometimes men are paid more money to win the same race as women. We have good hard data to talk about it. We need to do better, and one of biggest themes that came out of it was ‘Build it and we will come. Invest in us, and we will start to show up more often.’ We are hoping to create some change in communities and nationally to make more room for women in a sport that does not have many women.

Are you a journalist covering this topic and looking to book an interview? That’s where we can help.

Dr. Erin Ayala is a licensed psychologist and core faculty member in the counseling psychology doctoral program at Saint Mary’s University of Minnesota. To book an interview with Dr. Ayala, simply click on her icon to arrange a time. 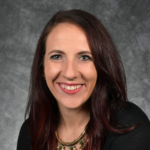