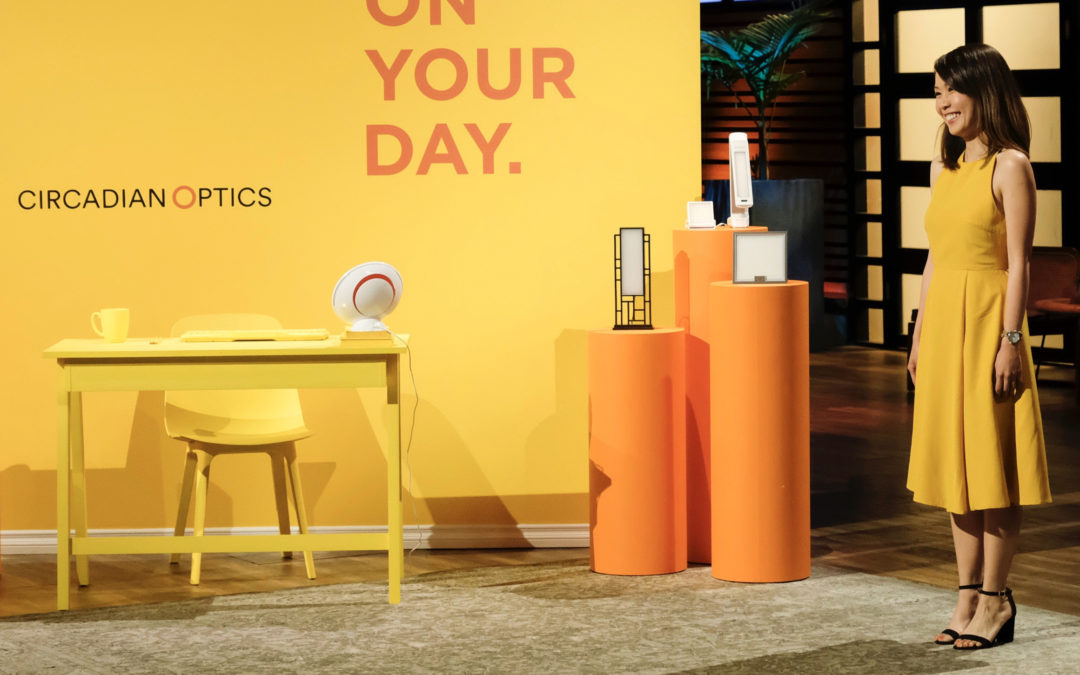 On Oct. 6, Amber Leong M’10 made school history as the first Saint Mary’s University of Minnesota alumnus to appear on the popular show “Shark Tank” on ABC. Leong, who went by the name Yee Mun while earning her MBA at Saint Mary’s, opened the show as she asked the “Sharks” to invest $750,000 for a 10% stake in her Minneapolis-based company, Circadian Optics, which she co-founded with her husband in 2016.

After hearing her backstory of coming to Minnesota as a Malaysian immigrant and learning about the $4 million the company made last year through online sales alone, Mark Cuban and Lori Greiner offered her $800,000 for a 20% stake — and the promise she would expand her line of bright light therapy lamps into retail stores. “If you have the chance and opportunity to reach for your dreams, reach for your dreams,” Leong told the TV audience.