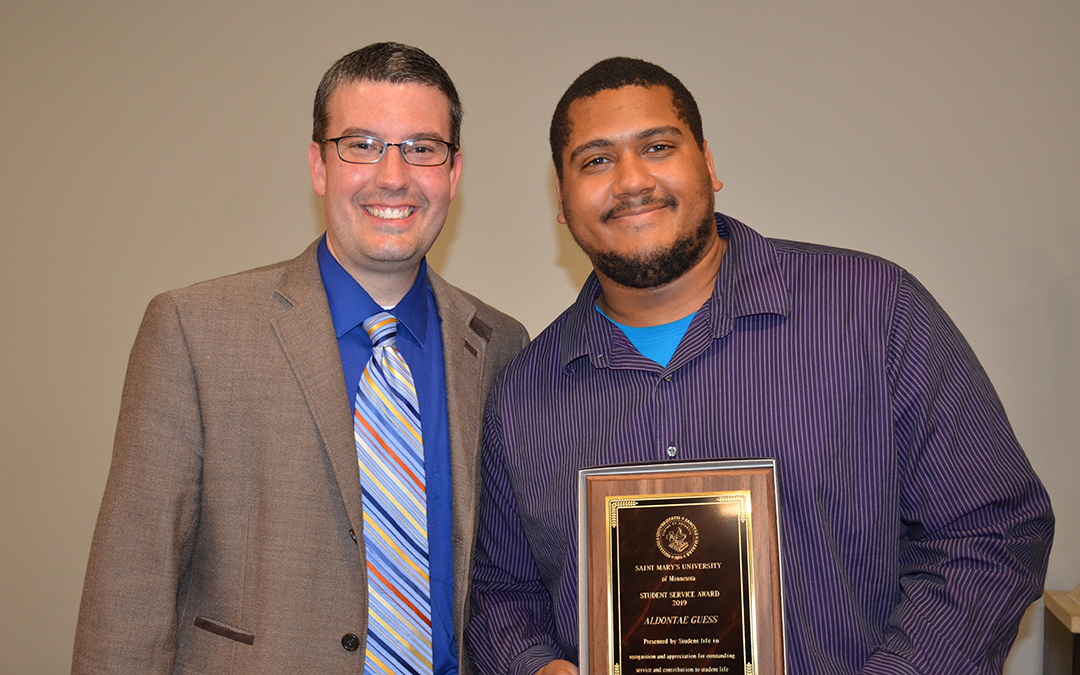 Brother Finbar McMullen Award (presented to a Saint Mary’s community member who demonstrates him/herself to be an individual who unselfishly meets the needs of the undergraduate students of Saint Mary’s) — Ellie Brettschneider, graduate assistant hall director for Bishops, Hillside, and LaSalle halls, daughter of Daniel and Martha Brettschneider of Lakeville, Minn. 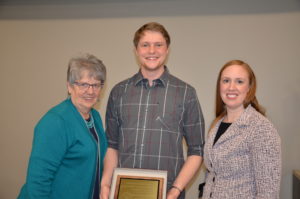 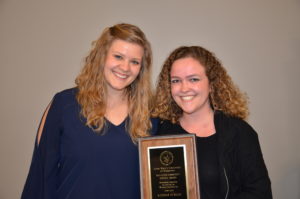 Saint Benilde Award (presented to students who reach out to new members of the university community, are inclusive and inspiring, and lead by being hospitable, open and accepting) — Marissa Kinzer, daughter of Steven and Jennifer Kinzer of Atkin, Minn.

Brother Charlie Burke Award (presented to a faculty or staff member who has made significant contributions to the entire Student Life Department. This individual has promoted the growth of the whole student through their exemplary standard of ethical service, dedication to creating developmental relationships, and their desire to promote lifelong learning) — Karen Hemker, Director of Access Services

See more photos from the day at smumn.edu/photos.