Helping others build their best story 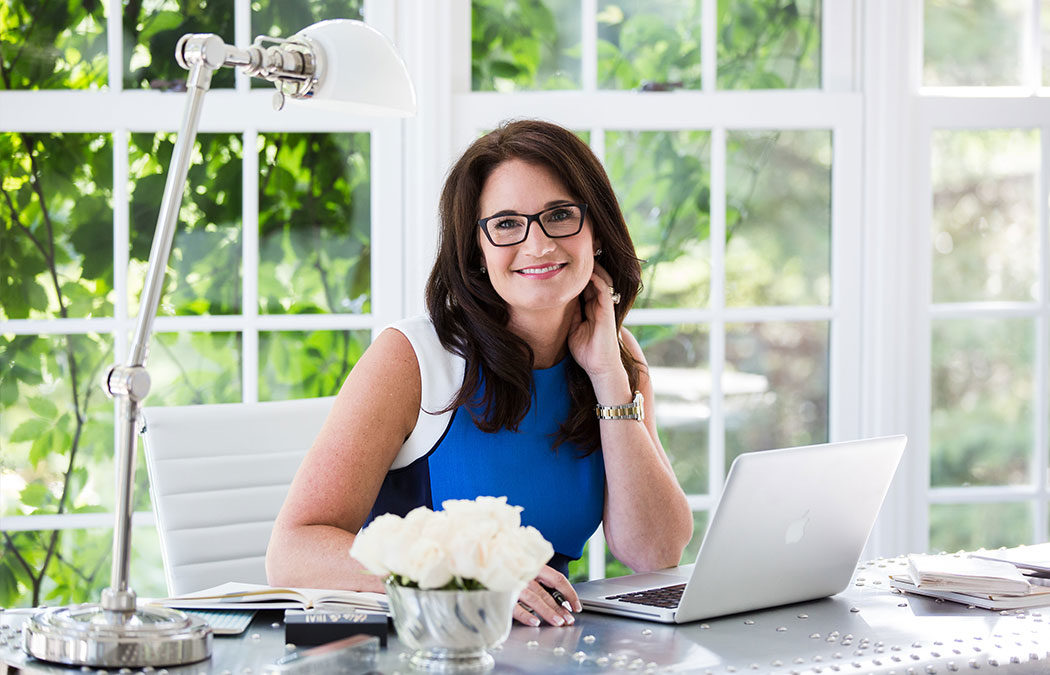 Even though Jen Elmquist’s career path has moved through various vocations — including sales, acting, and modeling — she has always felt a strong calling to support others in their mental wellness.

The Plymouth, Minn., native started off her career in sales and then moved to the entertainment industry where she spent 15 years acting and modeling in Minnesota and even briefly Los Angeles. But avocationally, she was always doing something in the helping and healing world — whether it was working in the juvenile court or leading groups for women and adolescent girls.

“I had a real passion to work on the preventive side of mental wellness, to help normalize and destigmatize mental health, make it more consumer friendly,” said Elmquist. “Whether it’s the sales or the entertainment side coming out of me, I had a passion to help people build their best story or find healing in their life.”

She decided to turn that passion into a career and pursue her M.A. in Marriage and Family Therapy from Saint Mary’s University. Elmquist said this is what initially led her into counseling and eventually marriage and family therapy, which was a great fit for how she saw the world, people, and healing.

“I wanted to offer help to others in ways that felt easy to access, seemed more affordable, and were less stigmatizing than some of the ways our profession has been portrayed, which I think keeps a lot of people away from getting the help they need,” Elmquist said. “People think they can’t afford it, they don’t know where to go, or they think they’re crazy — or that it means they’re crazy if they go and see somebody. I wanted to do everything I could to dispel that and help make that path easier for people.”

After graduating in 2007, she felt supported in her decision to start her own private practice called Restoration Productions.

“Other therapists, many of them who had been professors of mine at Saint Mary’s, took me under their wing,” said Elmquist.

Just a few years later, she was asked to come back to Saint Mary’s and teach after the M.A. in Marriage and Family Therapy program director heard Elmquist speaking at the Minnesota Association of Marriage and Family Therapy (MAMFT) conference. Elmquist has been a course-contracted faculty member in the program for nearly eight years, which she says was a catapult in her professional life.

Another catapult in her career came after she and her husband were asked to lead a church couples retreat. The material covered in the retreat would later become the outline for her first book, “Relationship Reset,” which successfully launched at the end of 2017.

“I was so disrupted by a statistic that said it took couples up to six years after problems start to get help. I knew that six years was too long,” Elmquist said. “Couples were coming to my office in really rough shape, and I kept thinking, ‘What if I could get to them before they got to me?’ ‘What if I could be one to many rather than one to one?’ ”

Elmquist says that although “Relationship Reset” is her first book, it probably won’t be her last. She has two other books already outlined, and the opportunities to grow in her field keep on coming.

“With my focus on preventive mental wellness and on getting ahead of the curve for people, I’ve had this incredible opportunity to build a holistic performance coaching program for Life Time, A Healthy Way of Life Company. In December 2018, we launched Life Time Mind to their employees,” said Elmquist. “The beautiful thing is actually one of my core hires and partners in this project was one of my students at Saint Mary’s. It’s all come together that we’re able to build this great coaching program in the spirit of mental wellness, and Saint Mary’s has a vital voice in that.”

Relationships, mental health, holistic wellness … As Elmquist’s list of expertise continues to grow, she is frequently asked to contribute written pieces for well-known publications like Bustle and Elite Daily. She was also recently honored with a 2018 Independent Book Publishers Association Ben Franklin Award.

Elmquist’s many experiences have no doubt helped her be successful both professionally and personally. Her 27-year-marriage to her husband, Jess, is just one testament to that.

“It’s as much a personal thing as it is a professional thing for us,” explained Elmquist. “We believe nobody signs up for a long-term relationship knowing how to do it and how to do it well. It’s something you have to learn along the way. We need teachers, mentors, helpers to come alongside us and support us in that. And when you’re someone that has had an opportunity to have those people in your life and have them teach you, I think one of the things we’re called to do is give those things back to others.”

Learn more about Elmquist and her work at jenelmquist.com.