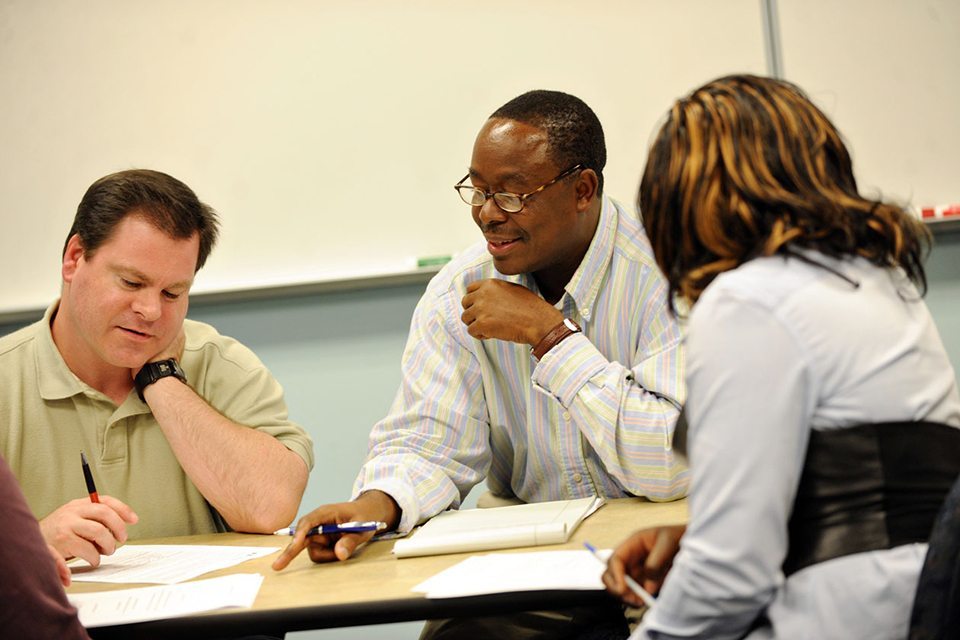 Saint Mary’s is fifth on the list with a total of 281 M.B.A. students enrolled in fall 2017, which is up 54.4 percent from the previous year. This significant increase is unique to the five largest programs ranked by Minneapolis/St. Paul Business Journal. Other schools saw significantly smaller increases, while some even saw a decline.

Holly Tapper, J.D., Saint Mary’s M.B.A. program director, credits a large portion of the enrollment growth to the program’s new online presence. In addition to M.B.A. programs in the Twin Cities, Rochester, and Winona, Saint Mary’s began a successful online program in May 2016.

“When we started the online program our main concern was that the students would cannibalize from our on-campus programs and that we would see a dip in those, but we haven’t,” said Tapper. “The other locations are either up in enrollment or stable, which means that the online program so far has really recruited from a different audience.”

According to the Business Journal, there were 5,178 students in Minnesota M.B.A. programs as of fall 2017. The top five schools enroll 4,460 of these students total, which is roughly 77 percent of the entire list. The total number of students is up about 4 percent from last year.

Tapper believes the reason Saint Mary’s M.B.A. program has been so successful is due in part to its accelerated, practitioner-led learning model. Saint Mary’s instructors are leaders in their field who provide real-world examples and help students develop a professional network that will support them in their education and beyond.

“The Saint Mary’s M.B.A program is unique in that students have the opportunity to choose from three emphasis areas which are hot careers right now — social media and marketing, data analytics, and environmental management sustainability,” Tapper said. “We also offer an international capstone course and 26 additional special topics course options, which allow students to explore other areas they may be interested in.”